Aiken Named Director of the TSYS Center for Cybersecurity 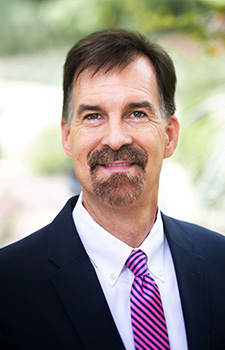 COLUMBUS, Ga. - Columbus State University has appointed Patrick Aiken as the new Director of the TSYS Center for Cybersecurity.

Before being promoted to the director role, Aiken served as a lecturer in the TSYS School of Computer Science within the Turner College of Business. He was also responsible for developing and expansion of the Cybersecurity Nexus program at CSU. This 60-hour degree program was built to generate work-ready professionals through a boot camp-style approach. Other subjects Aiken taught include business, information technology, and cybersecurity.

He balances his lifetime of experience and skills to help shape the future by passing his knowledge to the next generation of leaders and technology professionals. Prior to teaching, Aiken worked as an Information Technology Director at TSYS for nearly 20 years and served as the Associate Director of Information Technology at Aflac for almost 10 years, driving major transformational initiatives and managing critical software engineering, delivery and governance functions. He has also managed teams of IT professionals around the world and has delivered, protected, and supported extremely profitable and high-quality software systems for customers in many countries.

"We are extremely fortunate to have Patrick Aiken take on the role of Director of the TSYS Center for Cybersecurity,” states Dean of the D. Abbott Turner College of Business, Dr. Deborah L. Kidder. “He brings with him a wealth of knowledge as well as a strong network in the Cyber and IT corporate community here in Columbus. He has already been instrumental in getting our Nexus program launched, and I look forward to working with him as we continue to develop our cybersecurity initiatives in Turner College."

Aiken studied computer information systems during his undergraduate time at Columbus State University, where he graduated with a bachelor’s of business administration in June 1988. After receiving his BBA, Aiken stayed at CSU to work as a System Designer beginning in 1988. While working at Aflac, Aiken obtained his master’s of business administration in management information systems from Columbus State in 1994. As the passionate technology leader was progressing to become a lecturer at the university, Aiken began working on his master’s of science in cybersecurity management in June 2020, right before becoming a lecturer in August of the same year.

Aiken has served CSU in multiple roles, including serving as a graduate student supervisor/mentor in a Cybersecurity Policy and Management Project. He is the advisor and mentor for the Black Box Society and Student Cybersecurity Club and the chair of the College’s Colloquium Series. Aiken is also a member of the School’s Undergraduate Curriculum Committee and the School’s Program Review Committee.

“It’s super exciting to be in a position that allows me to prepare and connect students from my alma mater with colleagues in companies in the industry where I spent many wonderful years doing challenging and rewarding work,” said Aiken. “I’ve wanted to be a part of preparing this next generation of technology workers and leaders to make the world a better place! The future is theirs, but it is nice to have some kind of impact on helping them shape that future.”