Celebrating 20 Years of the Spencer House at Oxford 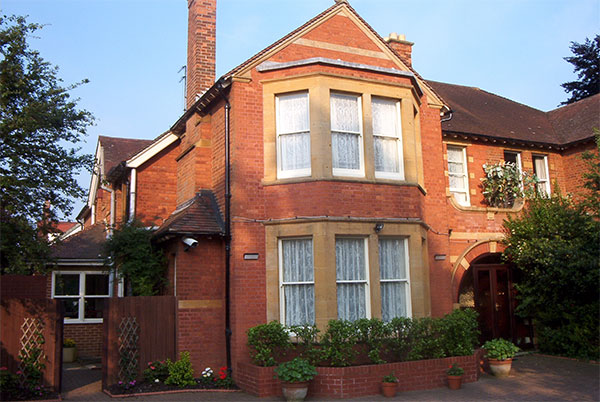 This article originally appeared in the 2022 edition of the CLOCK TOWER: Magazine Edition.

December 2022 marks the 20th anniversary of the opening of the Columbus State University’s Spencer House at Oxford, England—the home-away-from-home for many of the university’s study abroad students. Nearly 800 CSU students and faculty taken temporary residence at the Spencer House during the two decades the university has owned or been associated with it.

The idea of a permanent presence in Oxford began in the early 1980s when Mr. and Mrs. J. Kyle Spencer discovered their passion for international education when they participated in an Oxford continuing education program. Upon their return stateside, they created The Spencer/Oxford Fund. Their benevolent vision enabled several dozen CSU faculty members to study Oxford history and architecture, Shakespeare, the history of science, politics, and other topics.

Fast-forward to 2000, when serious discussions began about Columbus State putting down roots in the city of Dreaming Spires. 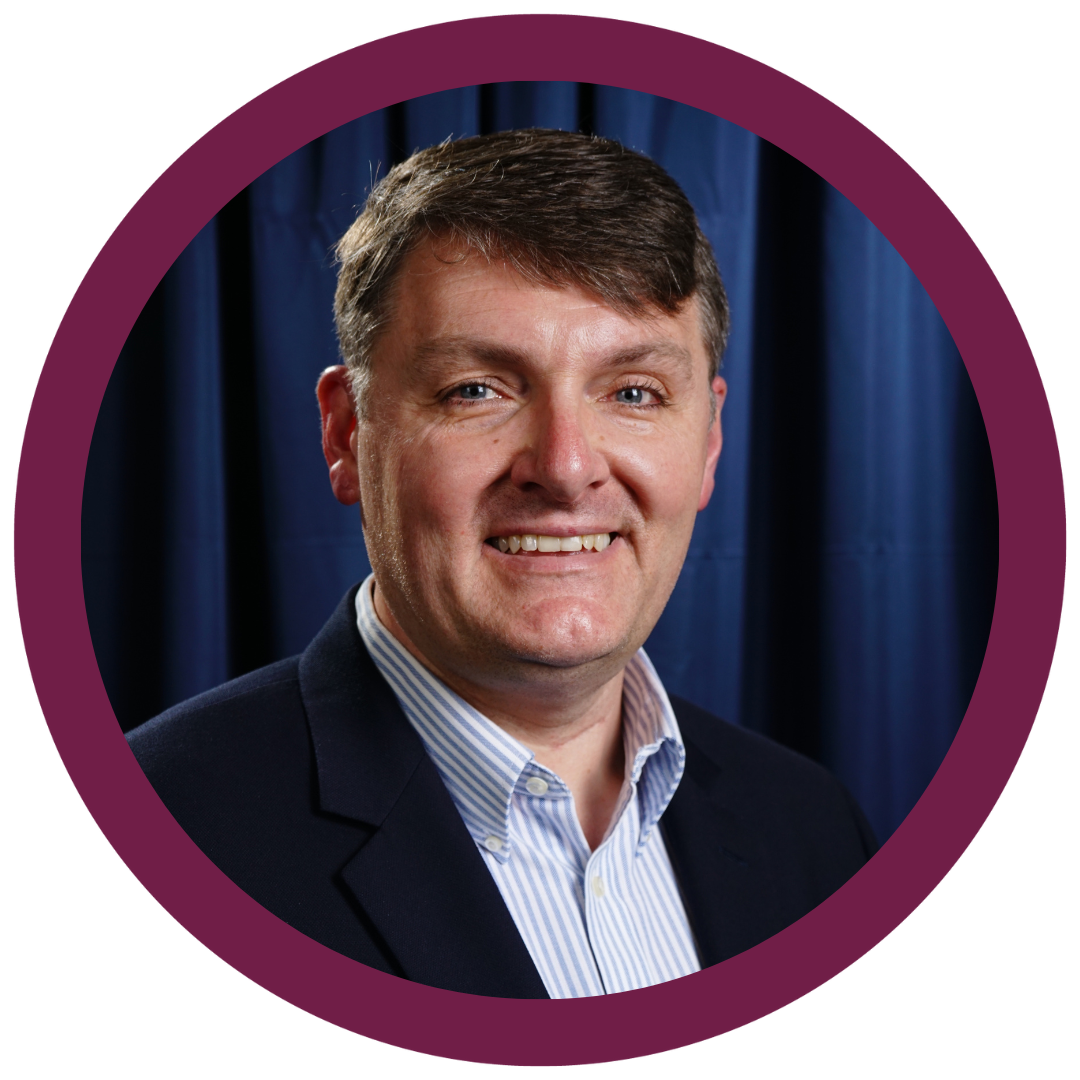 “Every year, the Spencers were supporting summer experiences through scholarship donations to the Berkley Summer Program at Merton College,” recalled Dr. Eric Spears, an associate professor of history and geography, the Mildred Miller Fort Foundation Eminent Scholar and Chair of International Education, and executive director of CSU’s Center for Global Engagement. “As I understand it, he decided that it was a more sustainable investment to invest in a property where our students and faculty could live and study at the university or do research in Oxford.”

Thanks to the Spencers’ generosity, Columbus State purchased the classic Edwardian-style, three-story home at 182 Woodstock Road Summertown suburb of Oxford in September 2002. Three months later, Columbus State officially launched an exciting new program that continues to provide its students and faculty with housing as they study abroad at the University of Oxford. In 2003, the CSU in Oxford Summer Program began, with spring break programs and programs with Columbus high schools launching in 2004.

The Spencers continued to support annual student scholarships—as many as 600 by the time of Mr. Spencer’s death in 2015. In 2018, Columbus State and the Mildred Miller Fort Foundation established a $1 million scholarship endowment in honor of Mr. and Mrs. Spencer. 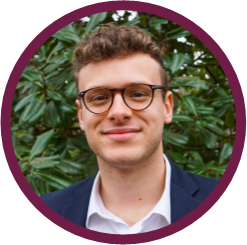 The Spencer House dates to 1913 as residential development pushed north due to a growing professional class spilling over from the city center. One CSU student who has called the Spencer House home is 2020 alumnus Dylan Rice, a history major and business minor who is currently the director of Jewish community relations for the Consulate General of Israel to the Southeastern United States.

Rice spent his junior year at the Spencer House, from 2018 to 2019, taking tutorials on subjects as wide-ranging as 5th century Greek history, the Chinese Communist Revolution, Victorian-era England, and the Crusades. But it was during his final term at Oxford, while writing a thesis about Northern European Jews during the Crusades, that he discovered his career path.

“My time in Oxford helped prepare me to work in the world of diplomatic relations in many ways,” Rice explained. “Going abroad makes you a more open-minded and well-rounded individual. If you want to work with people who are different from you— especially those who are from different countries—I think it’s essential that you have some sort of international experience.

“Studying abroad also made me a better people-person,” he continued. “It really improved my social and interpersonal skills. This kind of experience can be a bit scary sometimes—but it gives you a unique opportunity to grow because of that adversity.”

Studying abroad wasn’t the only horizons-broadening benefit of living in the Spencer House. The quaint location centuries older than his Columbus, Georgia, hometown, living in a century-old home, and being surrounded by so much history provided perspectives of their own.

What Columbus State has built in Oxford—inspired by the Spencers’ vision and made possible through their support—is an incredible achievement. CSU is one of only four United States-based universities with a visiting student program based at its own facility.

CSU’s partnership with Regents Park College, which dates to 2008, makes it the only U.S. university with a true tutorial experience at an Oxford college. In 2013, that grew to include additional partnerships with St. Anne’s College and St. Catherine’s College.

“Regents is a quirky place,” Rice noted. “It’s one of the smaller colleges in Oxford, located on Pusey Street, not far from the Eagle and Child—the pub where, as an Oxford professor, J.R.R. Tolkien would write ‘Lord of the Rings’ between 1937 and 1949.

“Regents is a very small community, but it’s got a lot of personality and it’s super fun,” he continued. “One of my best memories is of spending time in the Junior Common Room, which is the hangout spot for first-year students. It looks like the set of [the television show] ‘Friends.’ Regents is a great place to go and study, and I’m very grateful for the partnership that CSU has with them.”

The unique opportunity to study in Oxford—and to study abroad in general—can be a life-changing experience for Columbus State students. Having worked in Oxford for nearly 23 years, Spears has seen firsthand the transformation students have undergone during their time abroad.

“We’ve developed our study abroad programs in a way that encourages students to develop the critical soft skills necessary for a successful career once they leave CSU,” Spears explained. “The majority of students who come back to me after they graduate tell me that their study abroad experience helped them land their first job, or get their first graduate school placement or assistantship, or entrance into a professional school. Employers recognize that if a student can navigate an unfamiliar academic culture, deposit and manage money from a foreign banking system, or navigate the streets of London, you’re not going to get flustered at a board room conference committee meeting. You’re going to figure things out. You’re going to be a problem solver.”

Columbus State's study abroad programs are part of the university's broader global engagement programs, which are designed to broaden students' worldview both on campus and around the world. More than 250 students each year participate in study aboad trips, which are funded in part through CSU scholarships designated for that purpose. Closer to home, CSU students can explore global cultures and topics through rich international programs and events offered through the Center for Global Engagement.

To mark the milestone, the university’s Center for Global Engagement and its Office of Alumni Engagement have begun plans for a Regents Park College Alumni Reunion. Tentative arrangements include a 20th anniversary celebration in April 2023 at CSU’s RiverPark Campus. More information will be available to Regents Park alumni in January 2023. To be included in updates, alumni should email Spears with their current contact information.