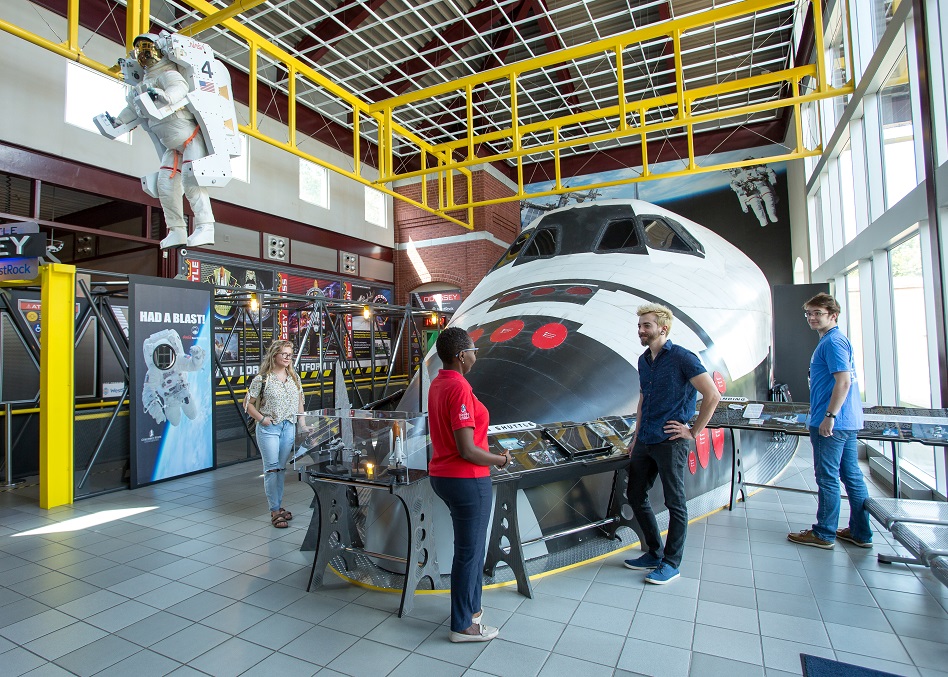 A two-day celebration of science education July 16 and 17 will celebrate the Coca-Cola Space Science Center’s 25th anniversary of inspiring the next generation of scientists, engineers and science educators. Events will range from a block party Friday evening to space-themed shows and demonstrations throughout the day on Saturday.

Since 1996, the center, a Columbus State University outreach program, has engaged the community and served as a science education destination for those visiting and touring Columbus. Many of its 950,000-plus patrons during that time have gone on to leave their own mark in STEM fields.

“We are excited to celebrate our silver anniversary with the Columbus community,” said Dr. Shawn Cruzen, CCSSC executive director and professor of astronomy at CSU. “I have served at this institution for 24 years, and I have been privileged to watch many of the students, who first visited the Space Science Center as children, go on to wonderful careers in science education, engineering and technology, or even working with NASA.”

The anniversary festivities will kick off with a Friday night block party at 6 p.m. featuring food, games, music, trivia, air rockets, LASER shows and an outdoor screening of the 1968 sci-fi classic, The Green Slime. Then on Saturday beginning at 11 a.m., the center will host a blast party, including LASER shows, super science demos, building Mars Landers, artifact tours, and more.

In its 25 year history, the center has welcomed several astronauts, including most recently Fred Haise of Apollo 13. In 2017, NASA partnered with CCSSC to host a community day, featuring scientists from the Kennedy Space Center.

Over 80 CSU students who have interned at the Coca-Cola Space Science Center have gone on to pursue careers in STEM fields such as aerospace and propulsion engineering, astrophysics, planetary science, computer science, environmental science, and science and math education. To inspire younger learners to consider careers in STEM fields, the center partners with Muscogee County School District for annual programming for every MCSD student from kindergarten through sixth grade — amounting to over 17,000 students per year.

CSU’s Coca-Cola Space Science Center is a museum, planetarium, and hands-on education facility, serving both the university community and the public. The CCSSC is Georgia’s only science center and museum dedicated to providing experiences for students and visitors in astronomy and space science. Its more than 35,000 visitors per year include walk-in patrons, school groups, corporate and community organizations, and university students.

Visit www.ccssc.org/25anniversary/ for more information about the center's upcoming anniversary celebration, year-round programming and opportunities for educational and group tours.