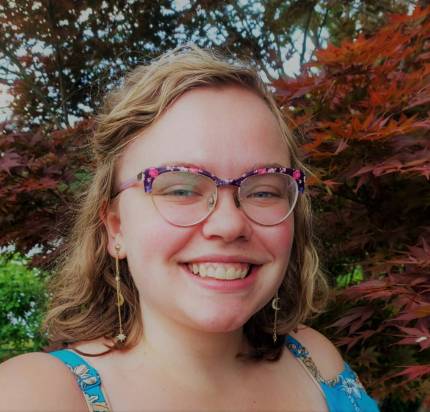 Melton (pictured), a sophomore history major, will leave for Jordan this summer, where she will reside for six months as he studies Arabic. She decided to study Arabic because of her goal is to conduct research pertaining to war crimes and genocide in the Middle East. She explained that being able to read, write and speak Arabic will be vital to effectively and accurately carrying out this research.

“Being able to live in a fully culturally immersive environment and gain the experience to learn Arabic is something that is unattainable while living in the United States,” she said. “Having language skills before I start looking for graduate programs will make me a very competitive candidate.”

Cobis-Ribeiro is a sophomore communications major who is going to Japan for a year to fulfill his lifelong dream of studying Japanese. Cobis-Ribeiro heard about the Boren scholarship through the Center of Global Engagement and was interested in applying because of the government connections that could be made. He looks forward to making friends, meeting his host family and traveling within Japan.

“This experience will teach me valuable language and communication skills, as well as how to navigate foreign climates and how to acclimate within them,” said Cobis-Ribeiro. “These skills will prove to be useful for my future as not only a communications major, but also in my aspirations to work in foreign service for the government.”

Dr. Jordan Brasher, assistant professor of geography, has served as Columbus State’s Boren advisor on behalf of the Center for Global Engagement since fall 2020. Director of Global Engagement Dr. Eric Spears credits Brasher’s experience as a past Boren recipient for Melton’s and Cobis-Riberio’s success. While at the University of Tennessee, Knoxville, Brasher studied in Brazil as part of his Boren Scholarship experience.

Columbus State’s Center for Global Engagementprovides students with study abroad and on-campus global education opportunities, and supports cultural transition for international students studying at Columbus State. is a two-time, nationally awarded international education department. It was awarded the prestigious NAFSA International Educators Simon Award for Campus Internationalization in 2014 and the American Association of State Colleges and Universities Innovation in Internationalization Award in 2019. The CGE is also nationally recognized for sending first-generation college students and a diverse group of underrepresented individuals abroad on scholarships.