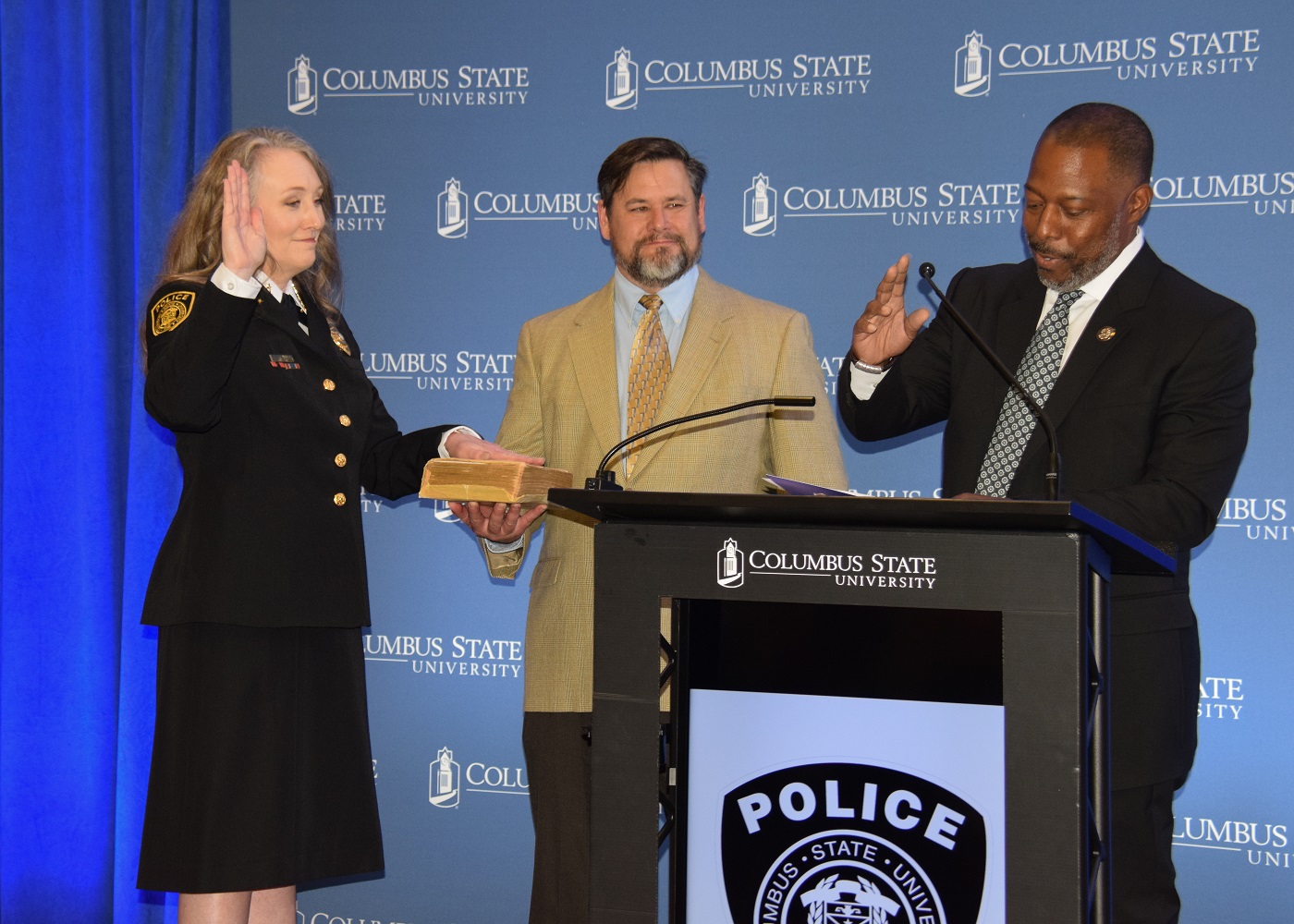 “Chief Bennett holds an impressive vision for strengthening University Police as a department, and also its relationships at Columbus State and beyond,” Dr. Gina Sheeks, vice president for student affairs, said. “Her demonstrated commitment to community policing, her dedication to the safety and security of our faculty, staff, and students, and her willingness to engage and listen, are just a few of the many attributes that give me great confidence in her ability to continue providing outstanding service and care for our campus community.”

Bennett served as CSU’s assistant chief from 2017 to 2020. Prior to joining CSU, she was a lieutenant in the University of West Georgia Police Department for over 28 years. Her appointment makes her the first female UPD chief in university history.

Bennett holds a bachelor’s in criminology from UWG and a master’s in public safety administration from CSU. She also graduated from the University of Louisville Southern Police Institute’s administrative officer’s course and has earned certifications in areas including management, supervision, training, defensive tactics instruction, and health and wellness.

In 2006, she was selected as the first officer from a university police department to receive the FBI’s Police Executive Law Enforcement Fellowship. Bennett was also sworn in as a U.S. Federal Marshall with oversight of the Regional 1 Field Information Group.

“My desire to keep the campus safe is my top priority. I will continue to lead UPD in an equitable, fair and just manner. I will employ honest and trustworthy officers who model integrity and servant leadership,” Bennett said just after taking the oath of office. She also introduced UPD’s upcoming launch of a security survey as a means of self-assessment.

“Safe and secure campuses – and safe and secure college towns – are vital to our ability to recruit, retain and protect our students,” he said. “Chief Bennett has demonstrated herself to be a capable leader and a bridge-builder between our police force and our student body, and between the university and her counterparts in the community.”