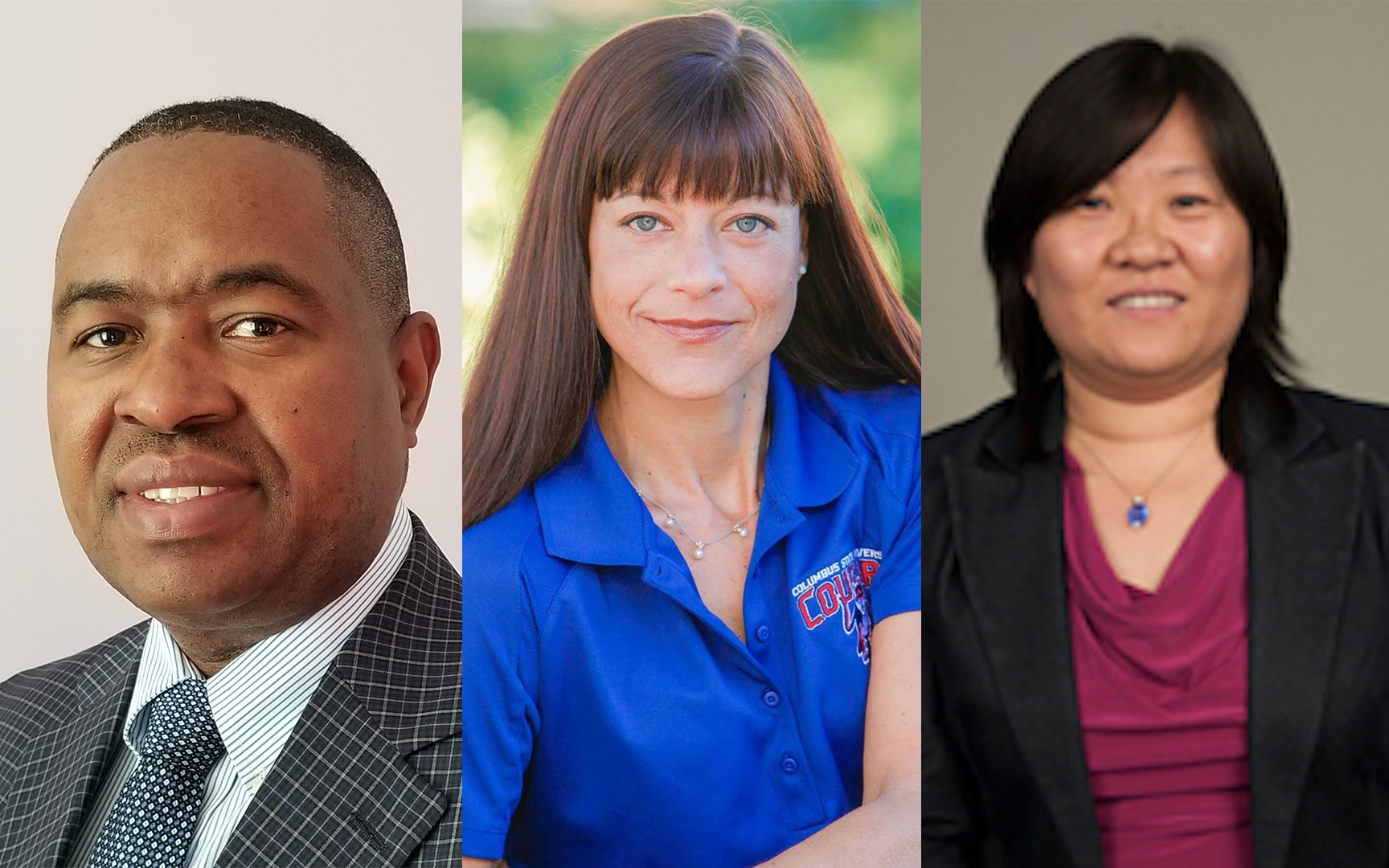 “I am excited at the opportunity to contribute to the growth and development of programs that meet the emerging needs of our students. I am passionate about access, quality and relevant education, and students’ success,” Kamau said.

Gill will concurrently serve as interim chair of the Department of Criminal Justice and Sociology in addition to her current role as chair of the Department of Political Science, Philosophy, and Public Administration. A CSU faculty member since 2011, she also previously served as the assistant dean of military outreach for the college. Her teaching areas include American government, constitutional law, and public administration, and she holds master’s and doctorate degrees in Public Policy and Public Administration from Auburn University.

“Dr. Gill is an engaged CSU community member and a thoughtful and committed leader,” Dr. Annice Yarber-Allen, dean of the College of Letters and Sciences, said. “I am confident that she will bring the same level of commitment and leadership to this department, as she has to her other department.”

Fan now serves as interim chair of the Department of Mathematics. She holds  master’s and doctorate degrees in applied mathematics from McMaster University. She joined CSU in 2013 and has been an associate professor since 2018. Her areas of expertise include mathematical modelling in ecology and epidemiology, and infectious diseases including West Nile virus and Lyme disease.

“Dr. Fan is an accomplished academic and a longstanding member of the department. She brings a wealth of departmental experience to her new role and is excited to lead the department through this period of change,” Yarber-Allen said.