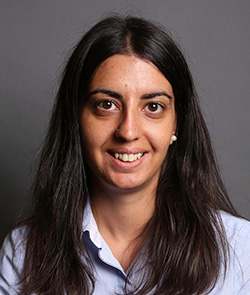 The project will allow CSU graduate and undergraduate students to help create an educational simulation game prototype for a peer-to-peer (P2P) energy-trading market to introduce consumers to the concept of P2P trading. P2P energy trading is a new concept of power system operations, where households can generate their own energy using renewable energy resources and trade it with each other locally. The P2P energy trading design is similar to Airbnb and Uber models.

“I am very excited that my proposal has been awarded an Epic MegaGrant. The project would not be possible to happen without Epic Games’ support and funding,” said Angelopoulou. It will be a great opportunity for CSU’s computer science students to work on this project and learn more about renewable resources of energy, simulation modeling, and game design.”

Once developed, the game could have a nationwide impact on businesses, regulators, and households, and provide the groundwork for follow-up projects in the areas of gaming, modeling and additional market simulation game platforms.

For information on Epic MegaGrants and the Epic Game company, visit www.unrealengine.com.