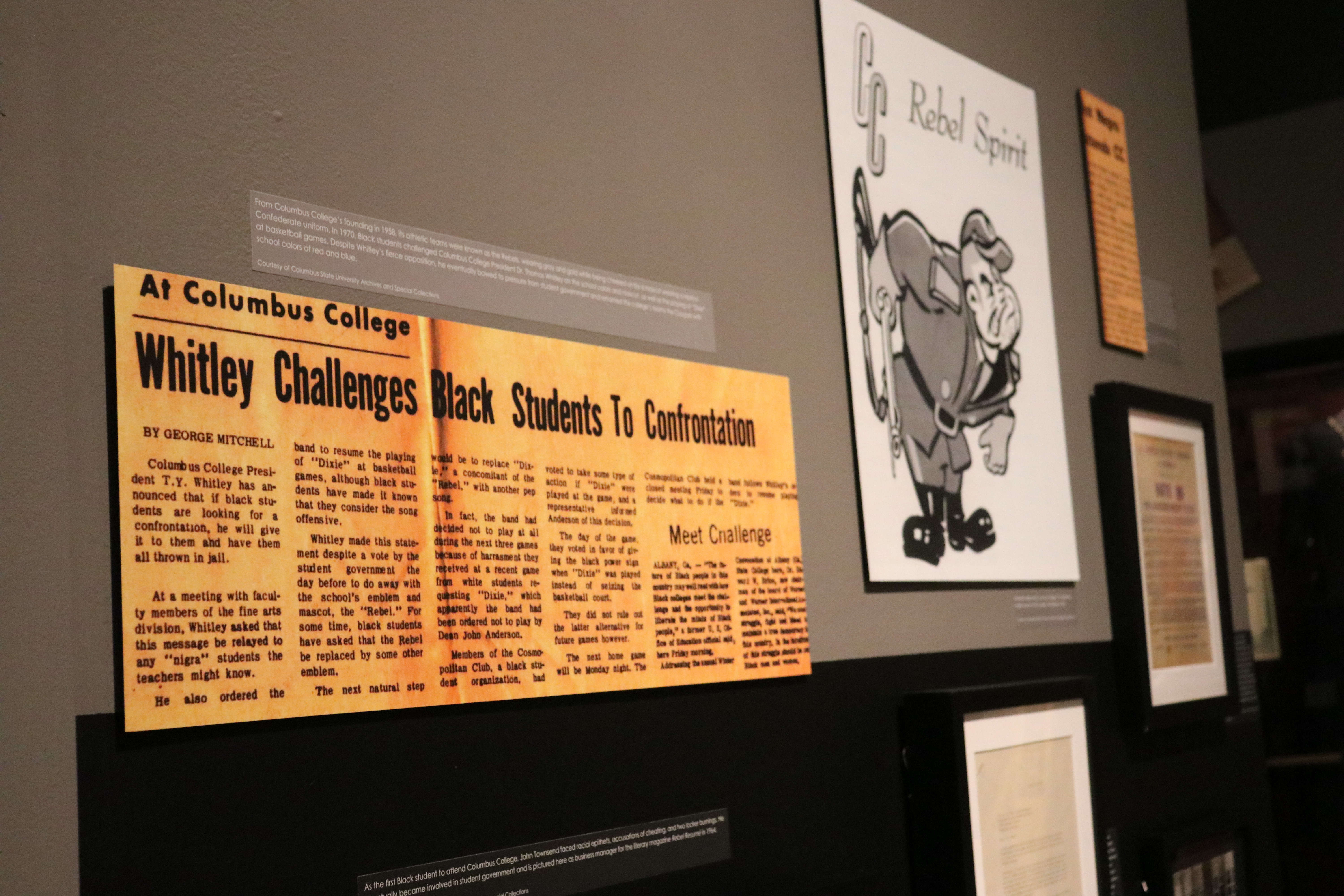 The Columbus Museum’s latest exhibition, Journey Toward Justice: The Civil Rights Movement in the Chattahoochee Valley, will feature the research and work of several Columbus State University students.

Students in Dr. Gary Sprayberry’s fall 2021 “Civil Rights Movement/Black Power” class conducted research and provided content for exhibit panels and the exhibit guidebook. The class explored the American civil rights movement, the rise of militancy in the 1960s, origins of reconstruction and the rise of segregation. The nine students who worked on the project each focused on different aspects of the movement.

“One of my contributions was an essay on the First African Baptist Church. I wrote about its history and meaning in Columbus,” said senior history major Lucy Clarke. “I think it’s important to contextualize that so people really understand why it’s so relevant today and that it’s been a long-building presence throughout American history.”

Senior history major Shaena Wooten said the exhibit brings to light the lesser-known leaders and stories of the era.

“When people think of nonviolent civil rights campaigns, they automatically think of Martin Luther King Jr.  and the march in Selma. But, people don’t realize that actions were happening everywhere, including in places like Columbus,” she said. “We had so many leaders who were a part of the movement and contributed in smaller ways to really put the whole picture together.”

Sprayberry said the experience students gained helps them prepare for their careers.

“It’s pretty rare for undergraduate students to get a degree in history and walk away with a publication,” he said. “I certainly didn’t get that when I was an undergrad. I think the students in the class were really inspired and did great work.”

The exhibit will cover topics including the effects of Jim Crow segregation, the role of Black institutions as a source of community pride, the influence of Fort Benning in the area, the cycle of generational violence that activists faced, and the continued civil rights activism in the 21st century. More than 160 artifacts, documents and images will be on display, including several from Columbus State University Archives. The Archives loaned material including newspaper clippings, a Columbus College yearbook and Ku Klux Klan membership cards.

“I think the civil rights movement would not have succeeded if not for ordinary people deciding to take a stand for justice and equality,” Sprayberry said. “It’s like a tapestry and the story of Columbus is just one thread. Until all of those smaller stories are told, we’re not going to have the full story of the movement.”

“I believe local history is very important,” Wooten said. “It took more than the three to five people that we learn about starting in elementary school to contribute and make a movement.”

The exhibit will be on display through October 16. Admission to the Columbus Museum is free with a suggested donation. More information on the exhibit can be found here.