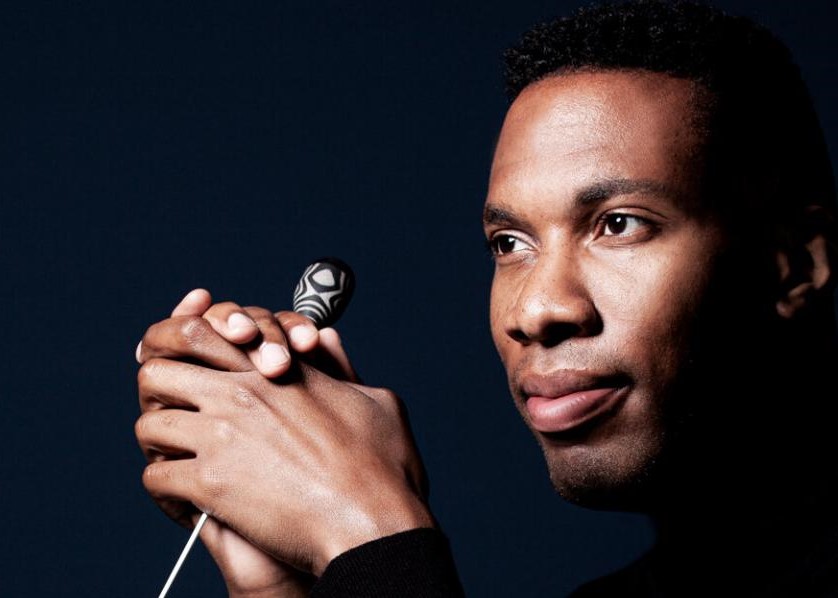 This article originally appeared in the 2022 edition of the CLOCK TOWER: Magazine Edition.

A baton in one hand, his Columbus State degree in the other, 2009 Columbus State graduate Roderick Cox now travels the world conducting different orchestras. A native of Macon, Georgia, Cox began studying music in elementary school, which he continued through high school and to CSU, where he majored in music education. As he—and his appreciation for music—matured, he points to the rich musical history of his hometown as an influence on both him and his education.

“I was very fortunate to have a wonderful music education program when I was young, so I was lucky in that regard,” Cox said. “I just really enjoyed being part of a musical ensemble, and when it was time for me to choose what to do with my life, I was having so much fun, I decided to continue that track.”

Cox mentioned how he pondered the idea of pursuing a music career as a teacher, professor, or band director. His experience in the Joyce and Henry Schwob School of Music encouraged him to dream big. While he credits the school for the world-class opportunities it provided, he also points to the fact it was small enough for him to discover himself and his passions. CSU gave Cox a sense of community and support among musicians, who became lifelong friends. He felt that the environment inspired him to work and practice every day, which was vital and important to nurturing his passions and motivating him to reach his dreams.

“Musicians are really concentrated in and around the RiverPark campus,” Cox explained. “It is a school where I was very lucky to be able to not only take conducting classes, but where I was also able to take private conducting lessons there with the director of bands. This really prepared me for graduate school, and because of Columbus State, I was able to go to graduate school at a very young age.”

Cox recounted how he transferred to CSU quite late in his undergraduate studies at a time when he was neither very motivated nor very happy. He credits his arrival at CSU for “rejuvenating my musical passions.”

After graduating from CSU, Cox studied conducting at Chicago’s Northwestern University—still with the idea of becoming a teacher or professor. While there, he was able to experience Chicago Symphony concerts and the Chicago Lyric Opera while working with international teachers and musicians. From these experiences, Cox gravitated toward becoming a professional musician—specifically, a professional conductor.

“My conducting teacher Victor Yampolsky really believed in me and suggested that I do this professionally,” Cox said. “At first, I laughed, and I didn’t take it very seriously. But then he took me under his wing, and I started to really focus my attention on specializing to become an orchestral conductor.”

Cox pursued his dream of becoming an international orchestral conductor after being the associate conductor of the Minnesota Orchestra for three years. While in this role, he won the Sir Georg Solti Conducting Award in 2018, which is a pinnacle award for a young American conductor. This afforded Cox the opportunity to travel and expand his international career, putting him in London after signing with Askonas Holt, one of the world’s leading arts management companies specializing in the field of classical music (which he has maintained professional representation with since).

“Some of the greatest composers are from Germany and I felt that it was important for me to live there so I could truly become closer to classical music, embrace the culture, learn to speak the language and work with the orchestras here,” he explained. “In Berlin, there are four major orchestras and three major opera houses. Every week there’s something new happening like world-class artists performing, so I’m able to not only live here but to be exposed daily to this great cultural exchange in the city.” 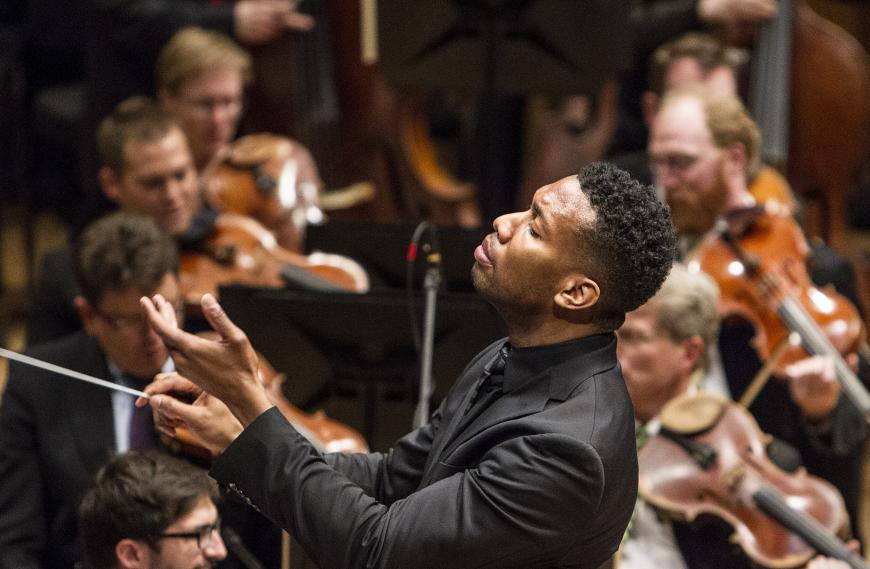 As a maestro, Cox’s focus is always on the music and expressing the style he is working on in the best way possible. He compares the way he communicates with his orchestra when conducting to an actor or an actress playing a role in a movie.

Even when the piece is by Brahms or Beethoven, there is an element of himself that is very much immersed or embedded in the music.

“That comes through my experiences, through the makeup of my body, and my expressions,” he said. “Through my study of the music, I try to become whatever style that’s asked of me by the music.”

Cox stars in a documentary entitled “Conducting Life” and presented at many well-renowned film festivals. In 2013, he was approached by filmmaker Diane Moore at the Aspen Music Festival. Moore wanted to do a profile on Cox. To their mutual surprise, the profile turned out to be a seven-year project, which became a feature-length film.

“When we were raising funds and doing things to support this film, I didn’t want to just tell my story and say, ‘if you work and practice hard, you can become a great musician.’ That wasn’t enough.”

Underscoring that the project was anything other than a vanity project, Cox created another prong to the project in 2018—the Roderick Cox Music Initiative (RCMI). RCMI was a fundraiser to support a scholarship initiative for young musicians who might aspire to walk in Cox’s footsteps but who may lack the financial or economic backing to do so. Cox’s program works with two artistic partners, MacPhail Center for Music and Walker West Academy. Through their collaboration, RCMI has donated several thousands of dollars to help about 20 young people over the past three years.

“In order to become a classical musician, especially at a high level, is a very expensive endeavor,” Cox pointed out. “It takes a community of people to support the goals of young people who want to advance in this profession.”

Wielding the baton and shaping the mood and movement of an orchestra is a combination of feelings for Cox.

“It’s a feeling that I almost can’t describe,” as he attempted to relay the combined feelings of electricity, excitement and the rush of adrenaline he frequently experiences as a conductor. “I wake up every morning and work very hard to try to get that feeling again and again and again. It is hard work, but there’s great beauty in the process, and also the performance and having the energy of an audience in the hall. That’s what we’re there for.”

That energy originates, Cox explained, from the feedback the orchestra receives from the audience. It was tough, he recalled, to feel that energy during the height of the COVID-19 pandemic because there were no live audiences—recalling the “who are we playing for” malaise he and his fellow musicians often experienced.

As an African American man, Cox sees the importance of making music accessible to everyone because he believes that music teaches individuals about emotions, feelings, desires and aspirations. Living in a globalized society, Cox thinks that representation is important for cultural exchange and necessary for creating a healthy society.

“I’m not just talking about black and white or this sort of race or that sort of race, but music used to be very much concentrated,” he said. “Now, we live in this globalized society where we’re exchanging things all the time, and it helps us to increase our understanding, tolerance, appreciation, and love for each other. And with that, I think hearing diverse voices, and bringing those diverse voices into our art form only helps to make us stronger and builds toward a brighter future.”

For young musicians who may have the same passion for conducting as Cox does, he advises them to ask themselves if they can see themselves doing anything else other than conducting. If they cannot think of anything else, then he believes that conducting is the right path. Conducting, he says, is a lifelong commitment and dedication to music, as well as an obsessive desire to share music with others. The profession brings rejections and adversities, but Cox mentioned that if an individual believes they can handle it, then go after it.